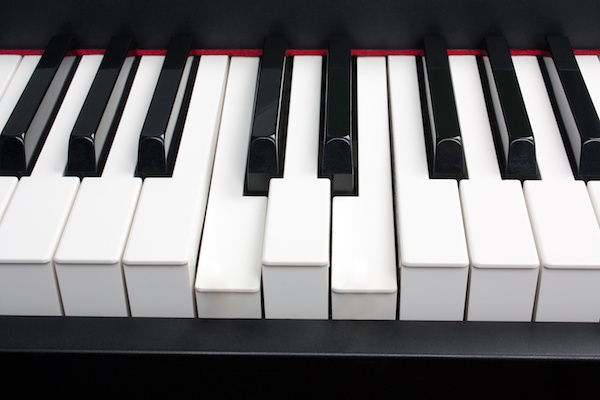 Recently, received the following question via the ‘net, so I thought I’d answer here, since it’s a common and often misunderstood area.

I wrote an original play … We have a DJ who spins slightly different cues
every night, as the show has a bit of improvisation. Are we responsible to
get music licensing rights for playing this music? We do not include any
description of the artists, use their likenesses or in any way advertise to
capitilize on their work. The music is important to the arc of the show, but
under the control of our DJ. I have heard several conflicting (and
confusing) opinions on this matter and was wondering if you could tell us
what you think.

Well, first my answer is that yes, they must obtain clearance to include the music in the show.

Ultimately, the analysis of this question depends on the nature of the use of music. While it’s true that most venues pay ASCAP and BMI for blanket music licenses, which allow for the performance of music, the rights granted by these performing rights organizations cover only the so-called “small” performing rights.

Small performing rights essentially means the right to play or perform the song publicly, in an out-of-context way, where the song does not play an integral role in the overall performance.  Typically, this includes radio airplay, live performances in a restaurant or bar.  In a more theatrical situation, one example might be the use of a CD to play pre-show or post-show music, or in a revue type performance or concert.

Where the music in question is ‘important to the arc of the show’ as in the question at hand, we’re talking about so-called “Grand” performing rights.

Grand Rights, sometimes also referred to as “Dramatic Performing Rights”  are for performances of the composition in a dramatic setting, such as within a stage play or musical, an opera, ballet, etc.,  where the compensation becomes part of the story, plot or theme of the performance.  An example of a grand rights use is where a character in the show sings a popular song, or recites the lyrics to a favorite.

Grand Rights are not administered by ASCAP, BMI or any other, similar performing rights society. Instead they're controlled by the composer and/or music publisher.     Thus, in order to secure the necessary rights and permissions, the producer of the show must identify each song's composer and publisher, and negotiation the terms of  a license.

Grand Performing Rights licenses may vary widely in scope and expense.  In some instances, the playwright may have prenegotiated a royalty rate to be paid for uses of  songs contained within the show, in others, the producer may have to offer a royalty based on a percentage of gross box office receipts.  In many cases, the publisher of the song will want a guaranteed minimum fee.

In this day and age of the ‘Jukebox Musical', this type of licensing is becoming more commonplace, so publishers have some sense of how to proceed, so,  when multiple songs are included in a show, it's often possible to negotiate a favored-nations deal, or a “pooled” royalty for music, in which each song recieves a pro-rata share of the pool.

Another point of concern is the scope and duration of the license granted.  I've been brought in to help with  more than one musical where songs have had to be ‘pulled' and replaced because of license expirations, or ‘holdback' provisions imposed by publishers.  Obviously, changing a show mid-run can be a hair raising adventure, and may disappoint audiences and critics.

The best advice I can offer to directors and playwrights is to anticipate these issues when selecting music to incorporate into a show.  Plenty of time should also be allocated to the licensing project.  There's nothing worse for your bargaining position to be negotiating the royalty in the hours before the show is slated to open.

And of course, the help of a lawyer experienced in both music and theatrical matters can be invaluable in these situations.

← Firemark elected to Theatre Group's Board
Music Rights for plays and musicals (Theatrelawyer.com) →

47 Responses to Music Rights for Plays and Musicals