A playwright/filmmaker in the United Kingdom optioned a portion of my self published novel to develop into a play and short film. This playwright/filmmaker renewed the option twice over several years, with a final payment due at the end of the third year and a royalty/byline promised after production.  Both contracts were signed, witnessed and notarized with money exchanged and hundreds of e-mails/letters back and forth about the
progress, funding available, etc.

Last Jan. I received a letter stating there was no more money for the project and they wouldn't be able to renew again when the option expired.

Is it true that if only a ‘few paragraphs', title, and basic concept are used do the purchasers still have to honor the option and does it make a difference that I'm living here in the U.S. and they are in another country?   There was no specification in the contract as to how much or little they would use from the novel to make the play/film.

I recently learned that they received a grant and the project was made into a play/short film, and even entered into several contests. When I complained, they simply changed the original title, some of the character details and setting and told me they'd changed it so much they didn't have to pay me any more money or give me credit, especially when they'd only ended up using such a ‘small amount of my novel in the end'. Though my novel has an ISBN and copyright dating back to 1998, they made the comment that ‘since I had self published they didn't
consider me a ‘real writer' anyway.

A: It's not true that “a few paragraphs” can be used with impunity. Merely changing the title, setting or a few character details will not  render an unauthorized use non-infringing.  Where there has been a contractual relationship in the past, the existence of that contract is useful evidence in establishing that the defendants KNEW they'd need  permission to use the material (however much or little is the case).

The fact that a work is self-published is irrelevant.  The author of the work owns the copyright to his or her material, and using it without  consent constitutes copyright infringement.  Plain and simple.

The trouble is, where the alleged inf ringer is overseas,  suing  can be costly and inconvenient.   But, it is still worthwhile to consult with lawyers both here in the U.S. and in the infringer's home country to determine whether a lawsuit is feasible and worthwhile. 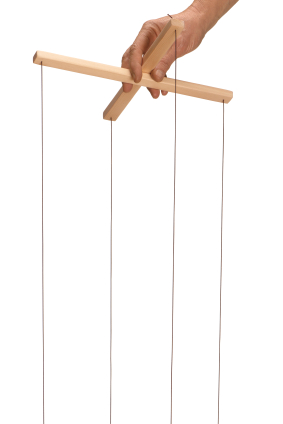 The trouble is, under copyright law, a copyrightable work created by an employee in the course and scope of his employment (as with a director hired to stage a production), belongs to the employer, rather than the employee.  This is one part  of the END_OF_DOCUMENT_TOKEN_TO_BE_REPLACED

Q: I am new to the screenplay business.  I do not have an agent since I have not yet had anything produced and the agents that I have approached are not taking on new clients. I have written a screenplay that has been a contest winner. I have shopped around and have attracted some interest from producers. There has been discussion about re-writes and touch ups.  At what point is it appropriate to discuss the payment for the screenplay? Further to this, at what point does one seek legal advice?

A: Producers love to give “feedback” on scripts, and ask the writers to re-write, revise and tweak the script before they commit to purchasing the rights.  My usual advice is that writers NOT perform writing services for free, especially if the producer asking for such rewriting hasn't yet purchased an option on the material.

The harsh reality, for many writers, though, is that producers won't option material they feel needs work unless the writer is prepared to first make some changes.  Moreover, producers may want to see whether the writer is one they will want to work with.  So, writers often agree to perform a free rewrite or polish  in order to entice a producer to purchase an option.

What I recommend is that writers listen to all producers' comments and notes with an open mind, and if something ‘feels' worthwhile, go ahead and do a little rewriting, before resubmitting the material.  Otherwise, it's appropriate to discuss business before doing the rewrite.
I'd only go-around like this once, though… after that, the producer should put some money where his/her mouth is.  Purchasing an option is not a tremendous capital outlay.  If a producer has some “skin in the game”, he's more likely to push forward with the project, so don't be shy about asking for a deal, payment, etc.

A producer who's unwilling to pay for a script, rewrite, or whatever, is probably not that passionate about your material.  Moreover, if you're going to spend time writing,  I think you're better off writing another, new spec, rather than reworking your older material.

When should you seek legal advice? It's never too early to establish a relationship with an entertainment lawyer.  Regardless,  don't sign anything without getting some good advice.  Even the simplest looking document can be loaded with traps for the unwary.

Q: Do I have to share my Author/Writer Credit with someone who collaborated on the script, even if he never wrote one word or typed one keystroke on the script? A: This comes down to the terms of your agreement with the  collaborator, and to the definition of “collaborated”.    Most dictionaries refer to collaboration as… END_OF_DOCUMENT_TOKEN_TO_BE_REPLACED

Q: I read an article in a small town newspaper and felt it would make a great movie.  It was about a true story that occurred one weekend to some guys on a trip.  It is the kind of story you might tell some friends at dinner.  It is not a story the writer spent… END_OF_DOCUMENT_TOKEN_TO_BE_REPLACED