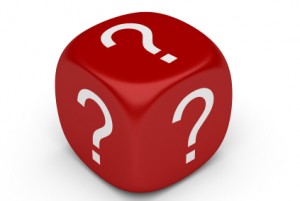 Q: Among a number of scripts and short stories I've written is a short sight gag that I doubt I could get anyone else interested in producing — basically it would be too short, and the only market I think would be youtube.  Maybe eventually it could be included in an “anthology” of comedy skits I would like to produce from my own scripts.  I also have longer scripts I think could be entered in regional film festivals.

I still would like to make it myself, but — here is the sticker: it needs to be shot in front of a commercial building and incorporate the company logo, which would be central to the punch line of the gag.  I see nothing in the content that would place the business in a bad light.  Since it is in public, could I use it as an essential background?

A: The conservative lawyer's answer to this is to advise that you must obtain the consent of the company if the use of its logo is central to the punch line.

Use of a logo need not necessarily place the business in a bad light to be troublesome.  The company may object to the implication that they somehow endorsed or approved of the gag in question.

However, if the gag is itself poking fun, parodying or satirizing the company and/or its' logo/brand, then the First Amendment guarantee of Free Speech comes into play.  Ultimately,  the answer to your question probably is “consult an attorney” before you do this.  Too much depends on facts you haven't presented to give a more concrete answer.  Sometimes there's no substitute for an attorney's investigation of the facts and law before rendering an opinion.

← Asked and Answered: Do I need to re-register and register my copyright in other countries?
How Musical Theater projects get financed →