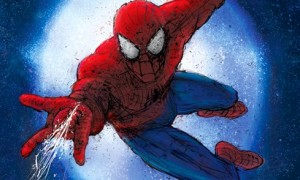 Earlier this week, the New York Theatre Critics broke with long standing tradition and reviewed a show while it is still in Previews.  The mostly bad reviews of “Spiderman: Turn Off The Dark” came out the day after one of the oft-rescheduled opening dates.  Clearly the critics have had enough, figuring (I think correctly), that when a show is running for week upon week, selling out the so-called “preview” performances at full ticket prices averaging over $100, the show is as good as open, and should be reviewed as a service to the public.

Historically, when shows have opened to bad reviews, they've frequently closed quickly, especially where  advance ticket sales  have suffered as a result.  But here, Spiderman has strong advance ticket sales, which begs the question:  “Do reviews matter anymore?”

Personally, I think that hype and advertising will keep Spiderman going for a good long while. Besides, I'm still not convinced that Spiderman is ever really expected to recoup its record-setting $65 Million capitalization. (As I've previously written, I think the Broadway show may be as much about brand maintenance for the comic-book and movie properties, as about profit)

What do you think? Will ticket sales now plunge like an improperly tethered actor falling to catastrophic injury? Post your opinions in the comments on the website.

P.S.  My favorite line from Benjamin Brantley's review is:  “How can $65 Million look so cheap?”

← Asked and Answered: Can I use a famous movie line in my new screenplay?
Is your theatre or production in danger of an ADA lawsuit? →

2 Responses to Will Spiderman’s bad reviews matter, or has the superhero already caught audiences in his web?