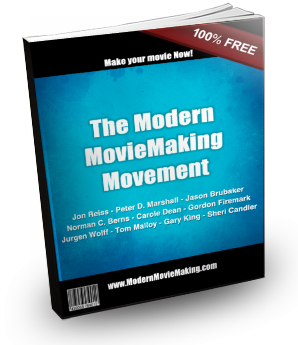 If you have been following filmmaking trends you know the world of indie filmmaking is changing fast.

To help you succeed, I collaborated with TEN of the most prominent filmmaker thought leaders in the world to provide you with a FREE Action Guide.

It's called The Modern Moviemaking Movement, And it will provide you with over 100 pages of useful, modern, no-fluff filmmaking information:

2. Also, if you like the Action Pack, PLEASE GIVE IT AWAY to 3-5 of your closest filmmaking friends.

Wishing you all the success in the world!

If you've been to the theatre recently, you may have noticed ushers admonishing patrons against taking pictures, even before the show begins. In this Article from Playbill.com, several explanations are offered.

END_OF_DOCUMENT_TOKEN_TO_BE_REPLACED 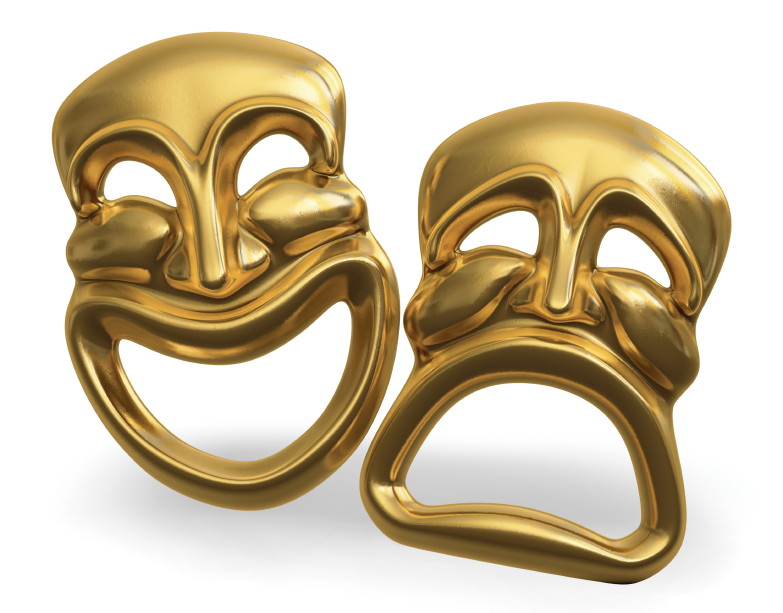 One of the most heatedly  negotiated provisions in theatrical production licenses these days is the Subsidiary Rights Clause.  In this post, I'll briefly explain what subsidiary rights are, and why they're such a big issue for producers and authors alike.

The author(s) of a play or musical own  the copyright in their work, and thus the right to the proceeds therefrom

Unlike a screenwriter, whose work is generally “made for hire”, and therefore belongs to the producer, the author(s) of a play or musical own  the copyright in the work, and are therefore  entitled to receive  proceeds from all exploitation of the show, including all subsequent productions, publication or other exploitations, such as the sale of movie or television rights, cast album rights, etc.

Authors recognize, however, that the contribution a producer makes by developing, producing and building an audience, reputation, and track-record for a show adds tremendous value.     Thus,  for larger scale productions in Regional, off-Broadway and Broadway theatres, Authors often grant Producers a percentage of income derived from exploitation of these so-called “subsidiary rights”.

Notwithstanding the value-added by a successful production, Producers and Playwrights also recognize that this value  dissipates over time. Consequently, the producer's right to participate in subsidiary rights is typically limited to a time-window of 5 – 10 years, after which the success of the play is attributable to the authors' contribution, rather than to any particular production.

There has been, in recent years, a trend of smaller producers and theatre companies to demand subsidiary rights  in consideration of  their productions of new plays. Producers argue that they are investing vast sums to mount a production of a new work, and their potential box-office revenues are unlikely to meet these expenses.  Thus, they argue, they must share in the play's “back-end” to justify the financial risk they take.

In many cases, authors are eager to see their material produced, and make significant concessions on this front.  Experience shows, however, that a small, local production of a new play adds rather little in terms of value to the show in the long-run.  Wise authors will resist granting subsidiary rights participations to smaller producers unless the play is presented very successfully.  Since the authors will again be asked for subsidiary rights when the material is produced on a larger scale, they should be wary of giving away too many slices of the revenue pie to early in the life of the play.

An interesting trend among the larger LORT theatres has been to stop requiring a subsidiary rights participation in new plays they produce.  These organizations acknowledge that these participations represent a relatively small portion of their annual income, but a relatively large amount of author's income,  so they've decided to let playwrights reap full the rewards of their efforts.

If you're contemplating a license for production of a play or musical (whether as author, producer or in some other capacity), it's important to consult with a skilled, knowledgeable theatrical attorney to draw up the contracts.  Call me at 310-443-4185, and  I'll be glad to help.

The contractual provision between collaborators that determines when their respective contributions to the work become a single unified whole is a tricky, and often overlooked provision which can have long-lasting consequences. END_OF_DOCUMENT_TOKEN_TO_BE_REPLACED

Entertainment Lawyers Gordon Firemark and Tamera Bennett discuss cases, legislation and news about the field in this monthly roundup. END_OF_DOCUMENT_TOKEN_TO_BE_REPLACED

Guest Post by Jay Fleischman She’s brilliant. She’s a flash in the pan. She’s original. She’s a hack. Say what you will, but Lady Gaga is clearly one of the most successful performers doing the rounds these days. With a blockbuster concert tour, a big deal with Google and more press coverage than anyone else, you can’t deny that… END_OF_DOCUMENT_TOKEN_TO_BE_REPLACED