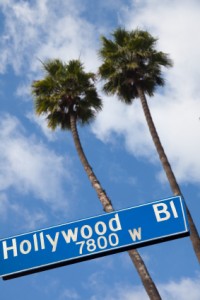 Entertainment Lawyers, at the root of things, provide legal advice, counsel and representation to businesses and individuals in the entertainment industries, including the fields of theatre, television, film, music, publishing, and digital media. Within the field of enteratinment law, lawyers typically focus on one of two “sides”: Transactional or litigation. Many entertainment lawyers subspecialize, focusing their energies on the music business, or just film. Others are generalists, bringing a wide range of expertise to deals that increasingly span the various sub-industries.

An entertainment lawyer must be well-versed in a variety of legal fields. With so many possible problems and opportunities that the entertainment world presents, it’s important for a lawyer to fully understand the breadth and scope of the deals he or she is working on. For example, lawyers representing an actor or musician usually need to know the ins and outs of contracts, but they also need to know intellectual property law, labor and employment basics, as well as rights of privacy, publicity, not to mention the occasional foray into corporate law. Entertainment lawyers are called on daily to analyze and solve problems of all kinds that arise in connection with their clients’ businesses.

Transactional lawyers are usually involved in negotiating and drafting agreements, making deals, and making sure parties honor their obligations. On the other side of the fence, litigators are those lawyers who devote their attention to defending their clients against lawsuits, and pursuing court cases on their clients’ behalf.

Entertainment lawyers are frequently called upon to work on talent agreements and contracts; labor negotiations with union crews on television, movie, or theatre sets; equipment and space rental for the performing arts; licensing and regulatory issues; copyright protection; and production liability concerns.

A day in the life

A typical transactional entertainment lawyer likely spends most of his or her day on the phone or in e-mail with clients, colleagues and adversaries, negotiating deal points, and making notes for later inclusion in contracts. In between calls and emails this lawyer will be reviewing written agreements, drafting contracts, preparing organizational documents for corporations and LLC’s, and pursuing registration of copyrights and trademarks. Breakfast, Lunch and Dinner are frequently spent meeting with clients or other parties to deals. Many of the biggest deals in Hollywood are struck over a meal or cocktail. For many, the evening is spent networking with clients and prospective clients.

Representing people and businesses in entertainment might seem a glamorous pursuit, but in reality, it’s a hard-edged business involving large sums of money and people with tremendous egos. Sure, we get to rub elbows with “the beautiful people”, but practicing entertainment law is a career marked by extreme stress, short deadlines, and numerous frustrations. It is, of course, also very rewarding, both financially, and in terms of personal satisfaction. The lawyer who strikes a smart, effective deal for his client, who later becomes a star or has a blockbuster film is justified in taking pride in being a part of that success.

3 Responses to What does an entertainment lawyer do? (Part I)