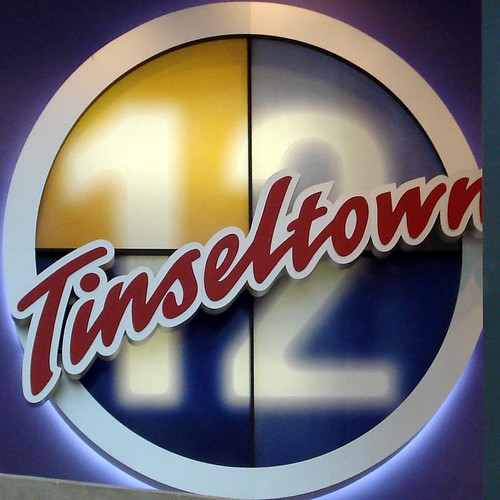 When clothing manufacturer Topson Downs sought registration of the term “Tinseltown” as a trademark for belts, blazers, sweatshirts and t-shirts, the trademark office refused the registration. The USPTO examiner reviewing the application concluded that, because ‘Tinseltown' is a term used to identify the region of Los Angeles also known as “Hollywood”, the use of the term on goods would be “primarily geographically descriptive”… and therefore not registrable..

The clothing company appealed, and last month, the Trademark Trials and Appeals Board rendered its ruling in favor of the proposed registration. That tribunal noted that, in addition to the dictionary definition for “Tinseltown”, which refers to the area of Los Angeles where the major

movie studios are located, the term also refers to a kid of glitz or glamor. Said the TTAB in its opinion:

“The examining attorney's arguments do not overcome the evidence that the terms Tinseltown and Holllywood denote the movie industry itself, its members and imitators at least as signficantly as a geographic area. That is to say, even if we accept the entertainment industry and fashion industry are closely related, it remains that the term Tinseltown possesses a prominent and significant meaning other than that of a geographical location.”

So, be on the lookout for the Tinseltown clothing line coming to a store near you soon!

Personally, I think that the Hollywood chamber of commerce should have registered the ‘Tinseltown” mark years ago. (Notably, an attempt to register “Hollywood” was dropped after so-named cities in other states objected.)

An action in the TTAB is a complex legal proceding similar to litigation, and requires the help of an experienced entertainment attorney or intellectual property lawyer who knows trademark law. (Statistically, only a small percentage of refusals are reversed by the board)

Thinking about how to register your trademark? Let me help you. Hiring a trademark lawyer can help assure you get it done right, and avoid refusal in the first place.

← Happy New Year 2013
Why most “work made for hire” agreements in theatre don’t work. →