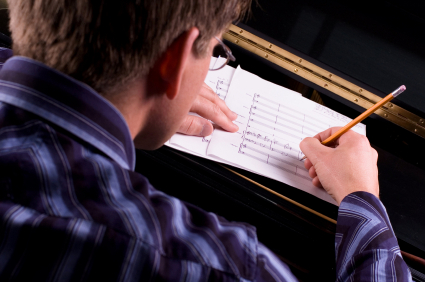 Writers and Producers familiar with the way things are done in Hollywood have surely seen the ubiquitous term “Work Made For Hire” in their contracts. It's often a surprise, however, when they learn that in the theatre, Work Made For Hire is the rare exception, rather than the rule.

What is a Work Made For Hire?

Under copyright law, the default rule for ownership of copyright protected works is that the author of a work is its owner from the moment of the work's creation. That is to say, he who writes it, owns it.

But, the law also provides a way for an employer or principal to acquire ownership of the work from that same moment in time, under one of two possible circumstances. First, ownership of a work will belong to the employer if prepared as part of an employee's regular duties, or if created by an independent contractor, pursuant to a written agreement so specifying, and provided the work is among the types of works listed as eligible for this treatment.

Under the 1976 Copyright Act, “a 'Work Made For Hire' is (1) a work prepared by an employee within the scope of his or her employment; or (2) a work specially ordered or commissioned for use as a contribution to a collective work, as a part of a motion picture or other audiovisual work, as a translation, as a supplementary work, as a compilation, as an instructional text, as a test, as answer material for a test, or as an atlas, if the parties expressly agree in a written instrument signed by them that the work shall be considered a work made for hire.” (17 U.S.C. § 101)

Nowhere on this list do the terms “dramatico-” and “dramatico-musical” (the terms used elsewhere in the law) appear. So, even if you have a written commission agreement, providing that the play you're commissioning is a work-made-for-hire, it probably isn't.

How does a producer gain ownership o the material?

If you're a producer commissioning a work, all is not lost. After all, every commission agreement, if prepared properly, will provide you with the right to produce the play, and under most circumstances, to mount the world premiere. But, suppose you want to own the actual play outright. Can this be done?

In a word, Yes. The owner of a copyright can freely transfer ownership by way of a written Assignment. Under such a transaction, the Assignee will own the entirety of the copyright, subject to the author's limited right to terminate the transfer during the 35th through 40th years following the assignment. (more about this in another post).

But as a practical matter, most playwrights will be reluctant to transfer ownership of their works. Of course, money talks, and if the financial and other terms make sense, anything is possible, but most of the time, producers are content to accept a limited initial period of exclusivity, followed perhaps by an option for subsequent production(s), along with a participation in the subsidiary rights from the show.

As always, whether you're a producer, playwright, composer or lyricist, it's wise to consult an experienced theatrical attorney before proceeding with any business deal.