Why hire a lawyer?

I'm often contacted by do-it-yourselfers who just need a small tidbit of information or advice about whatever legal transaction it is they're working on. Unfortunately, even with that tidbit, they're likely to encounter trouble with the matter, and wind up spending more money to fix their own mistakes, than they would have on legal fees in the first place. Hiring a lawyer, I tell them, is the best way to ensure that their deals succeed.

Not just a sales-pitch

Now, I AM a lawyer, so it shouldn't come as a surprise that I;d say this. But it's not just a theory or sales-pitch Now, a study conducted by law professors at the University of North Carolina has reached a conclusion that supports what I've been saying all along.

The UNC Study, which focuses on Trademark lawyers, demonstrates that, even while the USPTO's application process has become more user-friendly over the past 25 years, applicants who use a lawyer to prepare their applications are 50% more likely to succeed in getting a trademark registered.

Expect similar results in other areas

Fact is, unless you're doing something every day, week-in, and week-out for several years, you're not an expert. Even transactions that seem simple, can have nuance or subtlety that goes unnoticed by the do-it-yourselfer. Lawyers who work in narrow practice areas (like intellectual property, entertainment, or media law) will almost always have an edge over folks who do things only occasionally.

Some examples of transactions often screwed up by do-it-yourselfers include:

What about “lawyer-prepared” agreements from online services like LegalZoom or RocketLawyer?

Well, sometimes these services can save you money. Other times, though, they'll wind up costing you. You see, even if you have a baseline level of understanding of what you're doing, that online form can ask you all of the right questions, but it can't really interpret the nuance in your answers. It can't see that you've got a puzzled look on your face while you type the answer to question #7. Having a real lawyer who engages you, asks for details, and listens to the inflection in your answers will go much farther toward making sure you get the results you're seeking.

All too often these days, I'm contacted by someone who used one of these online services to set up a business, or make a contract, only to find out later that they didn't get everything needed to move forward with the deal. Worse, sometimes this doesn't become apparent until months, or even years later, when the client is trying to sell her business, distribute his film, or expand into new market sectors. It almost always costs more to clean up the paperwork, than it would have to get it right in the first place.

Having a lawyer working for you, even on the simplest deal, can have a significant impact, simply due to the fact of the lawyer's greater objectivity. Let's face it, you've got a lot invested in your deal. Emotionally, financially, and experimentially. Your lawyer has a responsibility to protect you and your investment, both from the other side, but also from your own attachment to the particular outcome. Sometimes it's better to walk away… but who's going to tell you when that time has come? An online service?

Lack of objectivity can also be a problem early in a negotiation. I've frequently had clients come to me after starting a negotiation for a film project, or TV deal, when things just weren't going their way. As we've explored things, it's common to see that the client has over-estimated the relative bargaining power of the parties, or the degree of the other party's interest in closing a deal. Asking for too much in a negotiation is a sure way to alienate your negotiating partner, and risks as much (or more) than asking for too little. Experienced lawyers who make deals every day know the lay of the land, and can usually read the other side rather well.

Be the good cop

Having a lawyer on your team builds in the possibity of using a “good cop/bad cop” strategy to move negotiations along. If you don't have a lawyer working the deal, you can't exactly say “my lawyer won't let me do X”

Successful business people focus on their strengths and let the experts do the rest. Hiring a lawyer is the smart business approach to most legal and business transactions. You go to a doctor when you get sick, don't you? Why would you try to handle your legal matter without consulting an expert?

How to find and hire a good lawyer for your matter?

Hiring an attorney to represent you isn't difficult. Searching the Internet is a great way to find expert lawyers in almost any field, but it's also worth asking your friends, colleagues, and even competitors for referrals. And, if you're looking for an entertainment lawyer to help you, look no further.

What about the cost?

Yes, it's true that we lawyers charge fees for our services. But really, most people's fears about legal fees far exceed what the actual fees will be. Lawyer's fees are tax deductible as a legitimate cost of doing business, so you should consider them part of the expense equation for any transaction.

If your matter is a straightforward deal, government filing, or other fairly routine transaction, the lawyer should be able to estimate (or cap) his or her fees. If it's a more protracted negotiation or litigation matter, things will be a bit more fluid. But either way, the cost of NOT handling a legal matter the right way can be devastating to your business.

Next time you're going into a legal matter, deal, or transaction, consider what the statistics from that UNC study have now proven. Using a lawyer increases the likelihood of success. So, lawyer up! 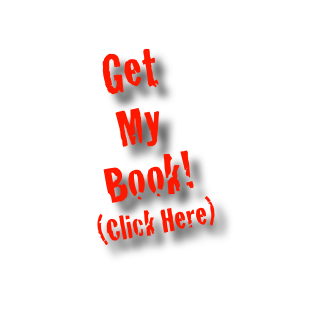