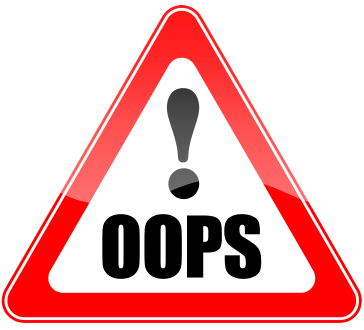 A lawsuit filed against Getty Images by an Irish woman has raised alarm bells in some blogging, news, and photography circles.

Sheldon Toplitt, over at the Unruly of Law blog reports on the case filed by Avril Nolan, who now lives in Brooklyn, and works in public relations. The lawsuit claims that a photo of Ms. Nolan taken by Jena Cumbo originally published as part of an online fashion spread, wound up being published in the April 3rd edition of amNew York as part of an ad for the New York State Division of Human Rights, with the caption “I am positive (+) [and] I have rights”.

The trouble is, Ms. Nolan is not HIV positive. Since she didn't sign a release, either with the photographer or with Getty, and never gave permission for the use of the photo, she claims her reputation ha suffered. Her lawsuit alleges defamation and civil rights violations stemming from the creation of a false impression about her. She's seeking $450,000 in damages.

The case highlights the important principle that, when it comes to photographs, a juxtaposition or a caption can create an actionable false impression. This kind of out-of-context depiction should be avoided however possible.

If you're a blogger, and you use images of real people, whether from a stock library, or those you've taken yourself, this is a point of concern. It's wise to understand the issue; wiser still to have an experienced entertainment and media lawyer perform legal review whenever there's the slightest question in your mind about something like this. 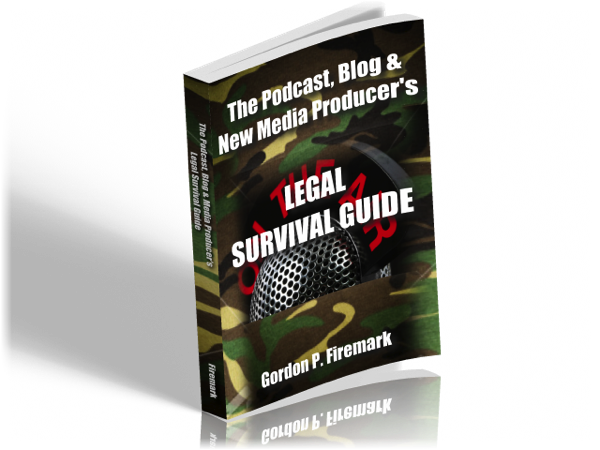 And, so you'll know when such questions can arise, pick up a copy of my e-book, The Podcast, Blog, & New Media Producer's Legal Survival Guide 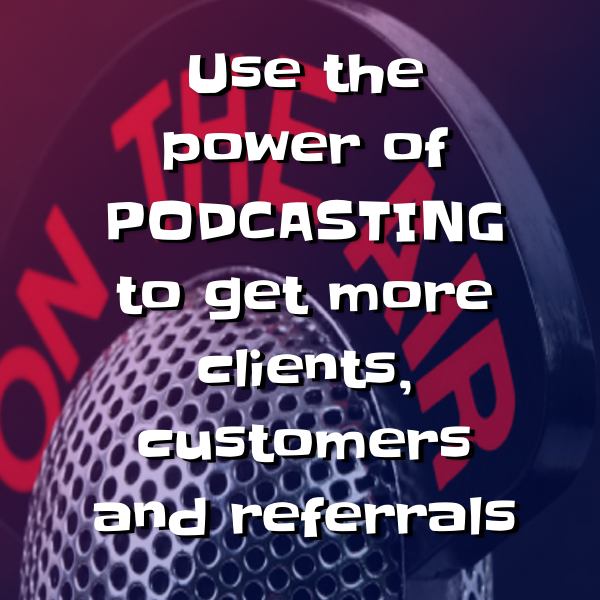 I'm very pleased to have been asked by my local Internet Marketers' meetup group to give a talk about the power of podcasting, and how easy, inexpensive, and effective it is for growing your small business.

I got started with podcasts 6+ years ago, and  I can honestly say that my practice wouldn't be where it is without podcasting.

Want to come to the meet up?  More Information here. 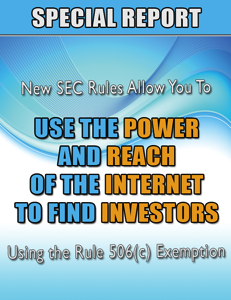 Up until earlier this week, it was illegal to promote sales of securities through so-called “general solicitation” if relying on the private offering exemptions of Regulation D. Then, last year, President Obama signed the JOBS Act into law, and the SEC has finally issued the regulations to implement the act. Among the provisions that have now gone into effect, is the new Rule 506(c), which permits a seller of securities to use general solicitation (such as advertising in print or on the internet), to find buyers. The new rule is rather restricted, so it's important to know the rules.

Fortunately, my friend and colleague, Zachary Strebeck has written a free report detailing the new rules. You can get a copy by subscribing to our e-newsletter, using the form below.

And, when the time comes for you for you to raise funds for your next film, theatre or video game project, or to launch any new business, please contact us!

Q: Patricia Asks:An acquaintance of mine knows I write screenplays and said he had an idea for me. It turned out to be a good one.I wrote a screenplay. The characters, story, and scenes were all mine.I wouldn’t have written it if not for his idea but it was a very broad, general scenario…How much… END_OF_DOCUMENT_TOKEN_TO_BE_REPLACED

Q: Vince asks: Does having an IP [screenplay] copyrighted in one country make it binding in another country? In other words, If I copyrighted a script in the US… does that copyright also hold legal status in Ireland? A: AUDIO: TRANSCRIPT: Every country has its own copyright laws, and so things do vary from place… END_OF_DOCUMENT_TOKEN_TO_BE_REPLACED