The unreasonable expansion of the Right of First Refusal Clause in entertainment contracts. 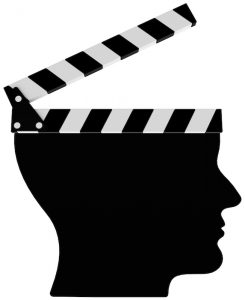 After practicing entertainment law for nearly 25 years, I've noticed a disconcerting trend in deals with major studios and networks. That trend is toward expanding the scope of a Right of First Refusal and First Negotiation clause(s) in such a way as to unreasonably encumber things, even after the studio or network has “passed” on a project.

What is a Right of First Refusal?

A Right of first refusal (ROFR or RFR) is a contractual right that gives its holder the option to enter a business transaction with the owner of something, according to specified terms, before the owner is entitled to enter into that transaction with a third party.

What is Right of First Negotiation?

Sometimes called a “Right of First Offer”,  a Right of First Negotiation  means that the  owner must undergo exclusive good faith negotiations with the network or studio before negotiating with other parties.

So, for example, when selling rights for a screen adaptation of a novel, the author of the book might wish to reserve rights for audiobooks, an author-written sequel, or a stage adaptation. Often, studios will grant such reservations of rights, but insist on a Right of First Refusal or First Negotiation.

Under such a clause, before selling or licensing a reserved right a third party, the author would be required to first offer the right to the studio. Then, if the studio doesn't accept the proposed terms, the author is free to sell to (or negotiate with, as the case may be) others.

But, over the past few decades, studios and networks have apparently decided that Rights of First Negotiation and First Refusal aren't sufficient to secure their stranglehold on content. As a result, they have increasingly insisted on also including similar, but more onerous Right of Last Refusal clauses.

What is a Right of Last Refusal?

A right of last refusal gives one party to a contract the right to accept any bona fide offer made by a third party for some right.

So, in the aforementioned example, the book author might decide she'd like to see a stage play of her novel. Because of the Right of First Negotiation, she is obliged first to approach the film studio, and to negotiate for a period of time. Then, if that time, expires and the parties haven't reached any agreement, she's free to offer the stage rights to others. But  with the Last Refusal in place, after negotiating a stage rights deal with a Broadway producer, our book author must first go back to the film studio, and allow them to match the terms.

How a Right of Last Refusal unreasonably encumbers a property.

Such Rights of Last Refusal are an unreasonable encumbrance on creators' property rights. They effectively, deny the holder of reserved rights any meaningful opportunity to exercise those rights,  and that renders the reservation of rights essentially void. As you might imagine, it can be difficult for a rights holder to interest any third party in a property, if that party knows that, after lengthy negotiations, the best deal to be struck can simply be matched by the film studio. As a consequence, the studio (or network) effectively holds a free, perpetual option to acquire the reserved rights. In my view, this is patently unfair, and should be avoided.

Of course, if the financial terms justify such an encumbrance, then so be it, but parties should understand the consequences of the provisions to which they agree.

When negotiating contracts with reservations of rights, it is of utmost importance that rights holders resist the use of clauses granting rights of last refusal.  Unfortunately, the only way to accomplish may involve saying “no” to an otherwise attractive deal.