The unreasonable expansion of the Right of First Refusal Clause in entertainment contracts.

After practicing entertainment law for nearly 25 years, I've noticed a disconcerting trend in deals with major studios and networks. That trend is toward expanding the scope of a Right of First Refusal and First Negotiation clause(s) in such a way as to unreasonably encumber things, even after the studio or network has “passed” on a project.

What is a Right of First Refusal?

A Right of first refusal (ROFR or RFR) is a contractual right that gives its holder the option to enter a business transaction with the owner of something, according to specified terms, before the owner is entitled to enter into that transaction with a third party.

What is Right of First Negotiation?

Sometimes called a “Right of First Offer”,  a Right of First Negotiation  means that the  owner must undergo exclusive good faith negotiations with the network or studio before negotiating with other parties.

So, for example, when selling rights for a screen adaptation of a novel, the author of the book might wish to reserve rights for audiobooks, an author-written sequel, or a stage adaptation. Often, studios will grant such reservations of rights, but insist on a Right of First Refusal or First Negotiation.

Under such a clause, before selling or licensing a reserved right a third party, the author would be required to first offer the right to the studio. Then, if the studio doesn't accept the proposed terms, the author is free to sell to (or negotiate with, as the case may be) others.

But, over the past few decades, studios and networks have apparently decided that Rights of First Negotiation and First Refusal aren't sufficient to secure their stranglehold on content. As a result, they have increasingly insisted on also including similar, but more onerous Right of Last Refusal clauses.

What is a Right of Last Refusal?

A right of last refusal gives one party to a contract the right to accept any bona fide offer made by a third party for some right.

So, in the aforementioned example, the book author might decide she'd like to see a stage play of her novel. Because of the Right of First Negotiation, she is obliged first to approach the film studio, and to negotiate for a period of time. Then, if that time, expires and the parties haven't reached any agreement, she's free to offer the stage rights to others. But  with the Last Refusal in place, after negotiating a stage rights deal with a Broadway producer, our book author must first go back to the film studio, and allow them to match the terms.

How a Right of Last Refusal unreasonably encumbers a property.

Such Rights of Last Refusal are an unreasonable encumbrance on creators' property rights. They effectively, deny the holder of reserved rights any meaningful opportunity to exercise those rights,  and that renders the reservation of rights essentially void. As you might imagine, it can be difficult for a rights holder to interest any third party in a property, if that party knows that, after lengthy negotiations, the best deal to be struck can simply be matched by the film studio. As a consequence, the studio (or network) effectively holds a free, perpetual option to acquire the reserved rights. In my view, this is patently unfair, and should be avoided.

Of course, if the financial terms justify such an encumbrance, then so be it, but parties should understand the consequences of the provisions to which they agree.

When negotiating contracts with reservations of rights, it is of utmost importance that rights holders resist the use of clauses granting rights of last refusal.  Unfortunately, the only way to accomplish may involve saying “no” to an otherwise attractive deal. 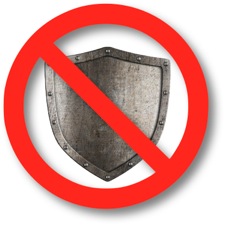 Earlier this year, a New York Court issued a ruling  against a film producer that's troubling not just for the losing defendant,  but provides a cautionary tale for countless others who do business relying on their small, undercapitalized corporations and LLCs to protect them if things go awry.

In Carlone v. The Lion & The Bull Films, Inc., the Southern District Court of New York  “pierced the corporate veil” of the defendant company.  The Plaintiff, it seems had provided a loan of $115,000 toward the budget of a motion picture, and when the production company failed to repay the loan as promised, Plaintiff sued…  not just the company, but also its principal.

Here's what went wrong for the man behind the company.  The  corporation was thinly capitalized, having only a few dollars in the bank when formed, and no other assets.  It hadn't conducted any business other than the financing deal for the film, nor did it have a separate corporate headquarters, instead operating out of the producer's home.    Additionally, the company hadn't conducted itself according to the usual corporate formalities, holding no formal board meetings, keeping no minutes,  etc.

So, the Court essentially treated the company as a sham, (as the producer's “alter ego”)  and held the producer personally liable for the company's failure to pay back the loan.

The takeaway from this?    Merely having the company isn't enough to ensure that the corporation protects its owners from liability.  Each State's law is a little bit different, but the principles behind this doctrine of “piercing the corporate veil” are well established.  Corporations need to be properly capitalized, observe formalities, and to treat business with the proper solemnity.  Shareholders and Directors must take pains to avoid the inference that the company is being used for personal purposes.

The entertainment industry is tricky enough without troubles like those encountered by the defendant in this case.  If you're operating your business as a corporation or LLC, it's wise to make sure the protection you think you have is actually there.  Consulting an attorney familiar with corporate and business law will help you ensure you're doing things right.

I can help.  For a modest fee, I'll take a look at your corporate structure, history, and operations, and help you determine the best way to protect your company.  Consider it a “checkup” for your company's legal health.

Treacherous waters ahead for news media

Things just got more treacherous for publishers and news organizations to run private photographs and videos of celebrities.    This week, the 9th Circuit Court of Appeals issued a ruling in Monge v. Maya Magazines  in which it addressed the question of whether a tabloid magazine  had the right under the “Fair Use” provisions of U.S. Copyright law, to publish stolen photographs of a secret wedding between two celebrities.

This is one of the stickiest issues in copyright law, and the Court's ruling that the magazine did not have such rights strikes a blow to the common business practice of tabloids and tv gossip shows buying photos and footage of celebrities without regard for how those items were obtained.

Monge v. Maya Magazines   involved photos of the secret wedding between Latina singer and model Noelia Lorenzo Monge and her manager/producer Jorge Reynoso.  The wedding took place in 2007, and was kept secret (even from the couple's families) for 2 years before an acquaintance  of the couple found the photos (taken by a witness at the Las Vegas wedding, using Reynoso's camera).  That acquaintance sold the photos to Maya for $1,500 allegedly after attempts  to extort the couple proved fruitless.

The photos were registered with the U.S. Copyright office in the couple's name, and the suit followed.

The lower court  threw out the case on fair use grounds, but the appeals court has now ruled otherwise, pointing out that newsworthiness is but a single factor in the fair use analysis, and finding that the other factors weighed more heavily against a finding of fair use.  Since the photos were used in their entirety, for commercial purposes, and were not “transformed” in a meaningful way by the defendant publication, the Appeals court held that  the case for infringement may proceed.

Fair Use is a defense to copyright infringement cases based on the First Amendment's guarantee of freedom of speech and press, but it's not absolute.

The potential ramifications of this ruling are far-reaching.  In recent years numerous incidences of private photos and videos (including more than a few sex-tapes) featuring celebrities have been brought to light under circumstances similar to this case.   Monge gives celebrities a new weapon in fighting publication of such materials. Now, news organizations, tabloids, TV gossip shows and websites will need to more carefully examine the pedigree and ownership of the material they purchase and publish.    The Fair Use analysis just got trickier for journalists, editors and publishers.  Even the major news media will have to consider more carefully whether certain material they publish really is  defensible as  fair use.  Damages for copyright infringement can be significant, and courts can issue injunctions against publication, or  order infringing material taken down from websites.

I. however, am  a little bit puzzled by unanswered questions regarding ownership of the photos.  Ordinarily, unless the person is an employee, or under a work-for hire contract, a photographer owns the copyright in photos he or she takes, regardless whose equipment is used,.  So, I'm wondering how the couple was able to claim ownership.  The Courts' opinion does not address this question, and the existence of a registration is prima-facie evidence of ownership.

My good friend Peter Kaufman has a new piece on his blog Deal Fatigue about the broken distribution windows system, and how/whether it needs repair. read his piece here If you’re a filmmaker, its time to consider that the old model of staggered releases across various media is on the way out. END_OF_DOCUMENT_TOKEN_TO_BE_REPLACED

I am often consulted by film and stage producers who tell me they’re ready to start work on raising the financing for their films/ plays/ musicals, or what-have-you, but often as not,  as we get to work, it becomes clear that they’re not as ready as they think. Before going out to investors, it’s important to… END_OF_DOCUMENT_TOKEN_TO_BE_REPLACED

Legislation  presented by U.S. Senate Banking Committee chairman, Chris Dodd is working its way through the legislative process.  The proposed “Restoring American Financial Stability Act of 2009”  could make it significantly harder for film producers to utilize some of the most common investor-financing models to fund the budgets of their films. The bill is viewed… END_OF_DOCUMENT_TOKEN_TO_BE_REPLACED