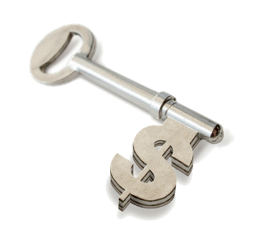 If you're setting up financing for your next film, theatre, or new media production, and you're planning to talk to potential investors, you need to know the rules.  Whenever a company sells investment opportunities, in which the investors will be ‘passive', not taking any meaningful role in the management of the business, the transaction involves the offering and sale of the company's securities.

Under the Securities Act of 1933, a company that offers or sells its securities must either: (1) register the securities with the SEC, or; (2) conduct the transaction under an exemption from the registration requirements.

Since registration is a colossally time consuming and expensive process, it is best left to larger financing projects;  those in the tens- or hundreds-of millions of dollars, such as the IPO's we typically hear about and other transactions involving publicly-traded securities. Most low- and mid-budget motion pictures, plays, musicals and media productions simply can't afford the time or money involved with a registered, public securities offering.  So, the exemptions become important.

The Act provides companies with a number of exemptions.   The most commonly recommended by lawyers for entertainment projects  arise under the SEC's Regulation D.   For some of the exemptions, such as rules 505 and506 of a company may sell its securities to what are known as “accredited investors.”

What is an Accredited Investor?

END_OF_DOCUMENT_TOKEN_TO_BE_REPLACED

Every week, I speak with producers developing their film or theatrical projects who struggle with the big challenge: finding the financing. In many cases, they've come to me as an entertainment lawyer, thinking I have the magic solution. Sadly, I don't. In fact, most film and theatrical attorneys steer clear of helping clients find the money, focusing instead on the deal structures needed to lock-in the financing, once the funding source is identified.

As often as not, these folks are looking for the bulk of the project's funding to come from private investment. But, these producers frequently miss the mark when pitching their project to prospective investors.

In my two decades of experience bridging the gap between the creative and business sides of the entertainment industry, I've learned a thing or two about what really drives investment in entertainment.

Investors put their money into entertainment product for any number of reasons. Often among the least important of these, it turns out, is the profit motivation. Sure, it's of interest, and it would be very nice if the investment generated a meaningful return, but that is rarely the big motivator, In this article, we'll explore some of the other reasons behind the decision to invest in a film, play or musical.

Social Status value of association with the project

People are complicated. While it might be nice to think that investors make their decisions about where to allocate their assets on the basis of sound, rational thinking, the mere fact that anyone invests in theatre or film proves that there are other factors at work. Playing to a prospective financier's other motivations is important to securing financing for your next project.

Need help developing your strategy to attract investors to your project?

Sign up for the next Film Finance Boot Camp, an all day intensive designed to get your financing plan organized, and ready to pitch to your prospects.

Will you please help me provide the most useful content possible?

As you know, I've previously released several courses, e-books, and webinars, including:

Now I'm getting ready to start development of my next information resource.   I have several ideas, and I'm hoping you can help me prioritize them in order of what's most important to you.  I've prepared a quick survey.  would you be so kind as to give me your input?

Just fill in the form below, or Click here if you can't see the survey here.